New Zealand – the country probably the furthest away from my home (except for Antarctica I just realised…), quite literally on the other side of the world. Always interesting but somehow never on my gap year travel bucket list. I honestly didn’t know much about the country before I spontaneously decided to pay it a visit. I knew Auckland was the biggest city but Wellington was the island’s capital and then there’s of course it’s indigenous people, the Maori of whom I had a somewhat clear vision in my head, mostly deriving from the movie “The Whale Rider” I watched as a kid, which touched me deeply.

So here I was, just having arrived in Sydney, working as a fundraiser for Greenpeace, when my new made friend told me about her plans to travel to New Zealand in February. “Cool, it seems like such an interesting country with beautiful scenery” was probably my reaction while in my head there must have been images of blue lakes and snowy mountains and long beaches with pods of whales swimming by, frankly the only blurry idea I had about the landscape of New Zealand. Over the next few days I became strangely aware of the country off the East Coast of Australia. There were Instagram posts about other Kiwi bound travellers popping up on my feed, YouTube suggesting me New Zealand vlogs, friends telling me about their friends currently being in the island state…it felt like the universe was sending me signs or something. At the same time I grew (I’m a little embarrassed to say this but) slightly bored of the summery scenery surrounding me: the endless amount of beaches, surfers, Australian heat…. I was in need need of some chilly mountain temperatures and icy lakes. On top of that I was earning money and at that point didn’t see myself quitting yet so I looked up flights from Sydney to Auckland, quickly realising I had no idea of the geography of the country nor what to do thee and where it’s most beautiful spots were to be found.

Thankfully we live in an age of unlimited information available at our fingertips so I started researching, watching those travel vlogs, messaging old friends about what there is to see when visiting for only 1 or 2 weeks (I liked the idea of travelling to New Zealand though I came here to see Australia so I couldn’t possibly “sacrifice” more than 2 weeks for this spontaneous adventure). I slowly started to create a vague itinerary, starting in Auckland, visiting Rotorua and the Glowworm Caves, then flying down to Christchurch from where I would explore the South Island with its scenic spots like Lake Tekapo, Mount Cook and Milford Sound. And of course I couldn’t miss Queenstown, the ideal place to do anything adventurous/adrenaline driven i.e. skydiving. Without knowing how I would get from A to B when arriving on the island and no accommodation so far I booked the flights, my excitement steadily growing.

A couple of weeks later, still only having booked a hostel for my first night in Auckland, thinking I would arrange everything once I get there, it was time to leave Sydney and hop on a plane to the unknown land. With just my 7kg carry-on backpack and my camera around my neck I felt light and ready to take on a new adventure. 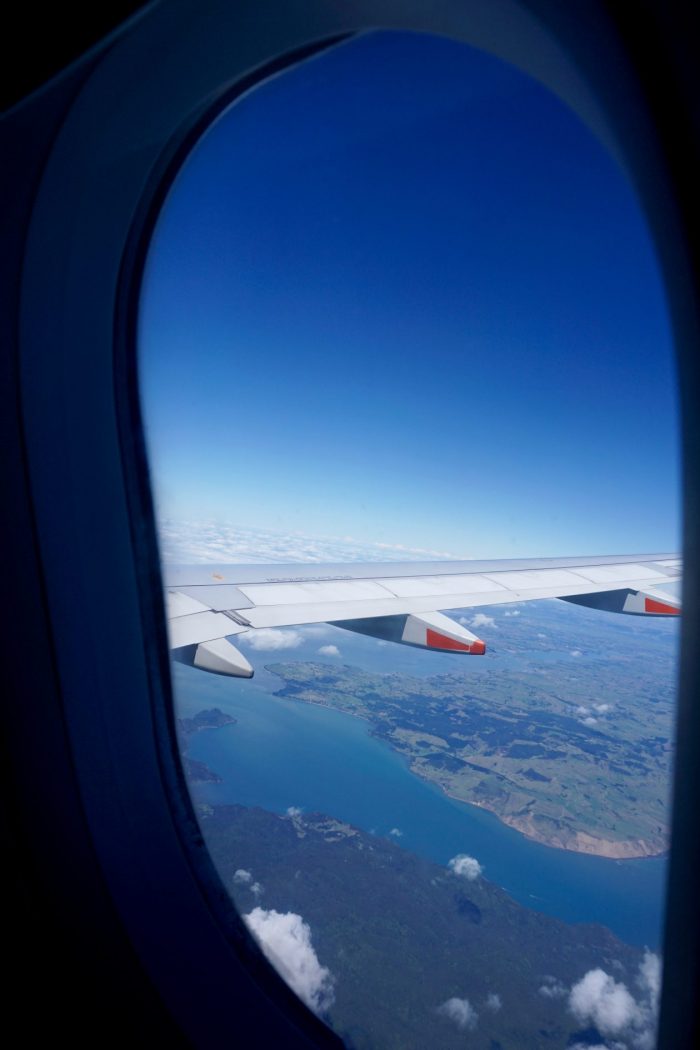